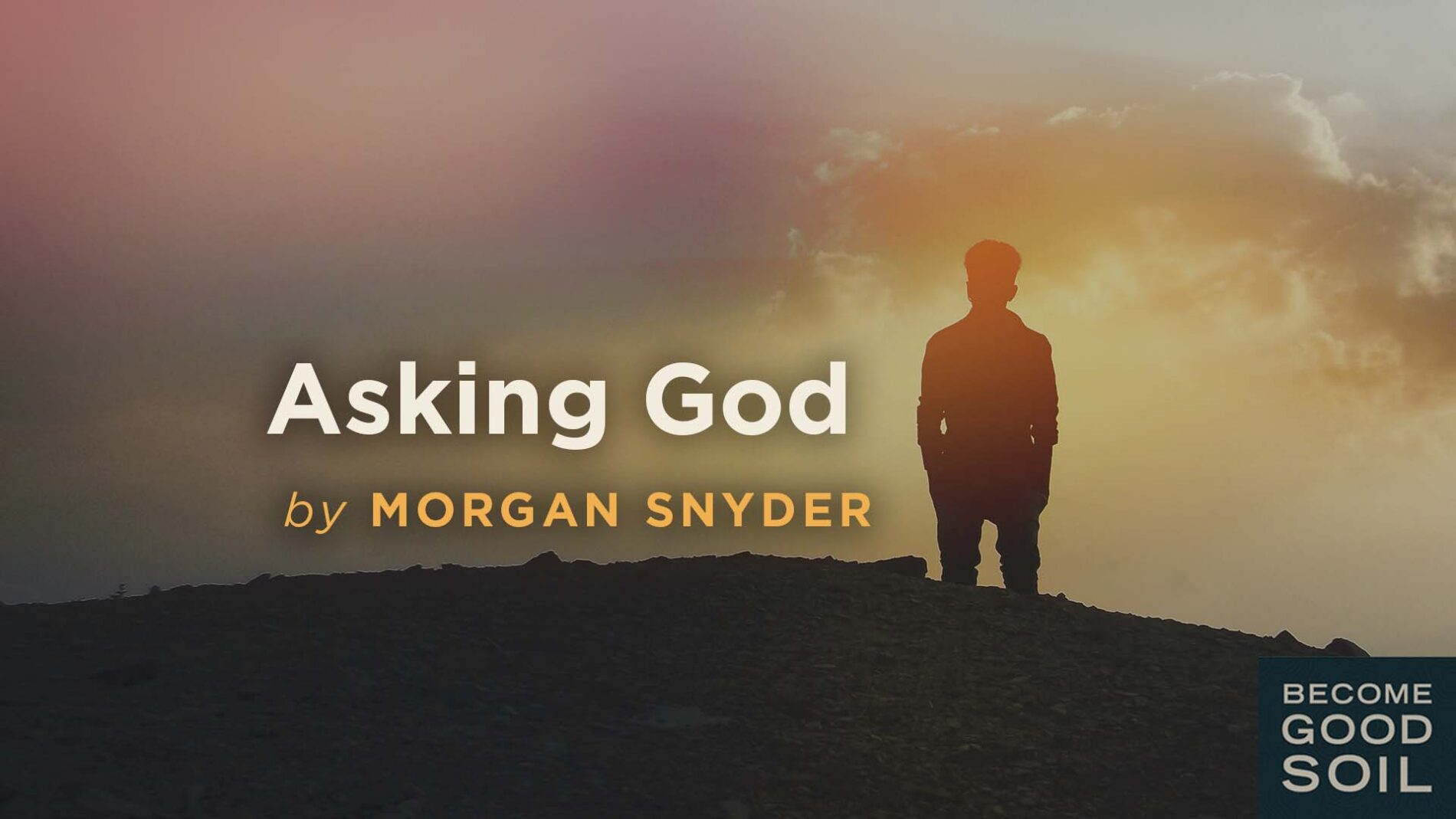 My brother is dying. He continues to battle with steadfast nobility and courage against one of hell’s greatest ploys – brain cancer.

It’s been 17 awful and sacred months since diagnosis and surgery. Most of the stories are too brutal and beautiful to find words that fit.

Last Friday he took yet again a significant downturn. Wisdom said, “get on a plane, again. Now. You are needed. This is your mission. Drop everything. Be alongside him and his wife.”

But then came the pause; the pause that I have been slowly cultivating over fourteen years of training…

Wisdom is helpful. But revelation is often the Divine Rescue.

“Father, should I get on a plane today?”

His response: “Take a day for your heart. Fill your tanks. You’re going to need it. Take a day with your family. Then go.”

I knew that filling my tanks involved getting into wilderness, so I grabbed one of my closest allies and we headed west, hoping to find our way into some rich elk and deer habitat and perhaps discover a treasured antler shed. At the trailhead before sunrise we headed as deep into the backcountry as we could get in one day…

First we found ourselves on well-worn trails, then eventually on an ancient game trail. Higher and higher we pushed until we were off trail altogether.

And then the moment every hunter anticipates, the gleam of ivory tips shining in the afternoon sunlight! We found a shed!

But it didn’t stop there. Divine Love had more planned for us. As we climbed higher and worked our way up the terrain and along ridgelines, we discovered more and more sheds! It was such incredible supernatural favor. I hunted for 5-6 years before I ever found even one shed and it was only about four inches long!

By days end we had discovered nine antler sheds! Four matching pairs and the elk sheds were the biggest either of us has ever found in all of our days. And all of this took place in a region that neither of us had ever explored before.

We looked at each other with a shit eatin’ grin, calling out whooping like two young boys who had found the hidden treasure.

Back at the tailgate we snapped pictures and partook of our ritual of smoked oysters and ice-cold beers. We exhaled… and enjoyed short yet timeless moments… a dance between conversation, reflecting on the bounty, taking in the beauty of the wilderness and the promise of early spring.

The next day it was a rich and deeply needed Sabbath with the family. We enjoyed our first big bike ride of the season with the kids riding their own bikes and reveling in the adventure and promise of Spring (not to mention the promise of ice cream at the half way point).

Two days of the Father pouring into me. Risking that caring for my own heart matters. Risking that I hear from God. Risking that our Father wants to speak if we will simply ask, and wait, and want.

As John has so powerfully reminded us, “We live in a love story set in the midst of a life and death battle.”

Now I’m on a plane, headed east. In many ways headed for war… to fight for the hearts of my brother’s wife and his family. To be with him side by side and help him to make the great Crossing Over into the Kingdom in full.

But I’m literally a different man than I was two days ago.

A mentor recently reminded me,
The 20s are for trying
The 30s are for practicing
The 40s are for doing

This decade is about practicing.

Ps. If God leads you please pray for my brother Lance, his stunning wife Francine, and for all the loved ones walking with us in this season. Pray that this truth would find it’s way into every heart in this story… the truth that, as Julian of Norwich suggests, “all will be well, and every manner of thing will be well.” Amen.  To hear more about my brother Lance see www.Iwouldratherbeflyfishing.com. You can also check out an earlier blog