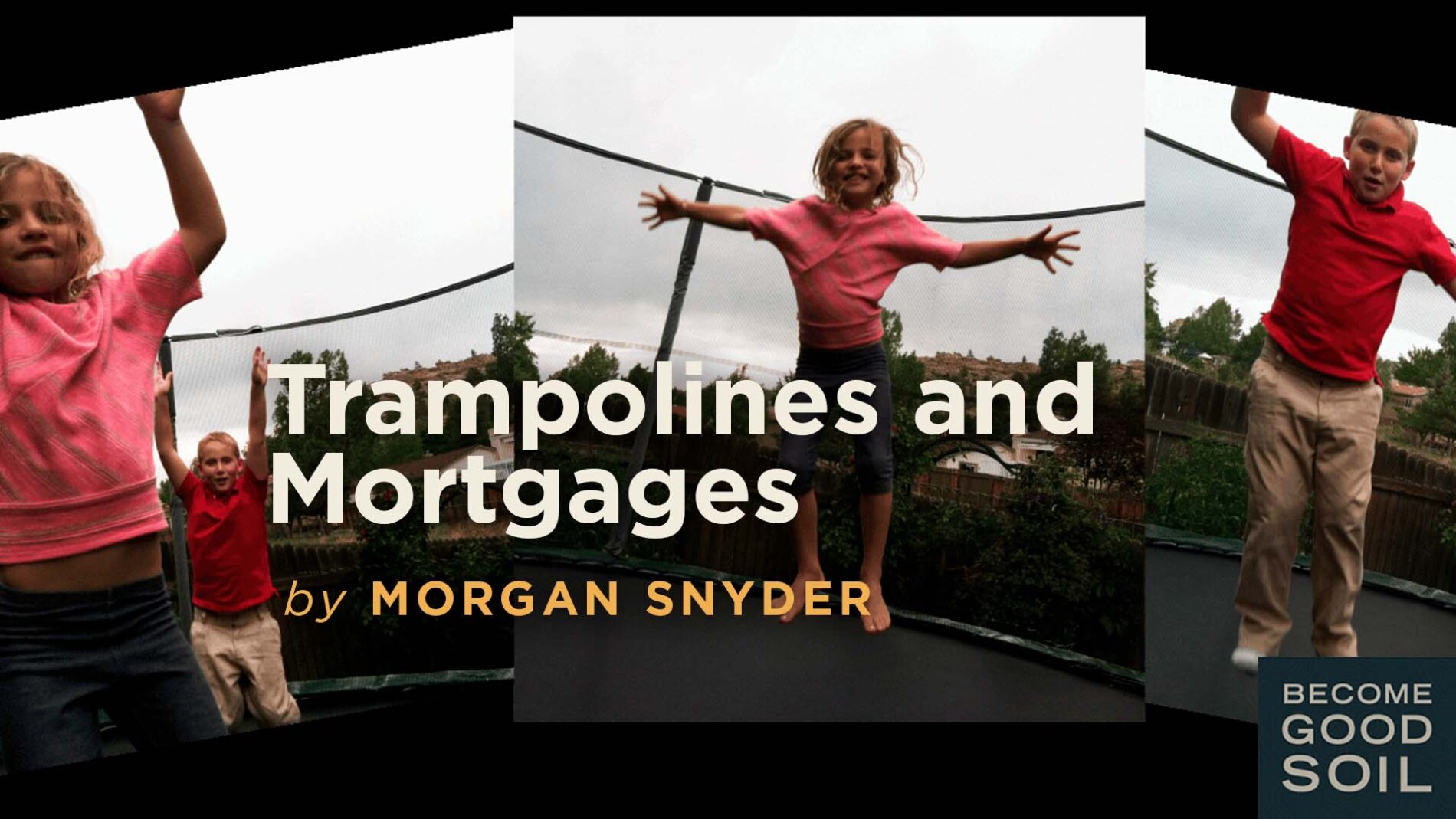 What does Jesus think about my mortgage?

I’m not entirely sure.   But I know it matters.

I spend more on my mortgage most months than I do on food, savings, and even more than I give.  It’s the biggest chunk of our family budget.  Therefore, more of my blood, sweat, and tears go to chiseling down that thing every month than go to any other category of the budget. I do wonder what He thinks about it.

I know that what I think He thinks about it has changed over the years.  One mentor put it this way:

Might be a bit disruptive, but look back a decade in your life… hasn’t it proved to be true? Haven’t your beliefs about certain aspects of life changed?

What Jesus thinks about my mortgage matters.  Asking Him what He thinks is transforming me inside out.

This is the decade of excavation.  It’s the decade of digging down deep.  Getting to the question below the question.  Getting to the subterranean layers of my heart as a man and to my core beliefs.  As Tozier reveals in The Pursuit of God, our true beliefs live far below our creedal statement.  It is our actions, he explains, that express our true beliefs.  How I live says much more about my theology than the creed that hangs on my wall.

In his book, Velvet Elvis, Rob Bell explores the various structures of these subterranean beliefs through two metaphors.  First, he explains that for much of his life, the structure of his core doctrine was profoundly static and impenetrable. It was

“like individual bricks that stack on top of each other. If you pull one out, the whole wall starts to crumble. It appears quite strong and rigid, but if you begin to rethink or discuss even one brick, the whole thing is in danger.”

As his intimacy with God’s heart deepened, Rob discovered that the structure of his core beliefs was changing as well. His core doctrine shifted in form from a brick wall to a trampoline.  Instead of something rigid and unmoving, his core beliefs became pliable and expansive. Instead of something he was afraid would inadvertently crumble, his worldview became something he could “jump on” and a source of dynamic joy. And reassuringly, he found that just as a trampoline maintains it’s fundamental shape no matter how hard you jump, so did his core beliefs, but with a breathability and capacity for engagement.

“A trampoline only works if you take your feet off the firm, stable ground and jump into the air, letting the trampoline propel you upward. Talking about trampolines isn’t jumping. It’s talking. Two vastly different things…  I want to invite people to live this way so that the life of Jesus actually becomes their life…”  (Rob Bell, Velvet Elvis)

The invitation of the Gospel is to engage, root down and lift off all within the life and worldview of Jesus; “so that the Life of Jesus actually becomes our life…”

This is the decade of becoming good soil. What makes good soil “good” is having core beliefs that are like those of Jesus and having a Life that is much like his as well.

The only path I’ve found to begin to inhabit his Life is to exchange the immovable brick wall of my core beliefs for a life-giving, interactive “trampoline” of convictions about Jesus’ heart… and to jump.

Now I’m not saying abandon everything you believe. Inherent in this metaphor is the fact that a trampoline must have its own dependable, essential structure if it’s going to be safe and fun to jump on. The most basic creeds of the church provide the rich and immovable foundations of my trampoline. Take the Apostles Creed: the Truth revealed in those lines is absolute solid rock on which to build our lives.

But it’s the other stuff; the hundreds of other categories of life that must be carefully considered in light of Jesus’ heart, Word, and way. And in particular, it is the aspects of our convictions that are more informed by our culture than by the revelation of Jesus that we must allow Him to reshape.

Which brings me back to my mortgage, and what Jesus thinks about it.

I’m not entirely sure. But I know my beliefs have changed over the decade.

What does Jesus think about your mortgage?  Your cell phone?  Your calendar in the next month?  Your relationships?

Ask Him until you are confident that you know.