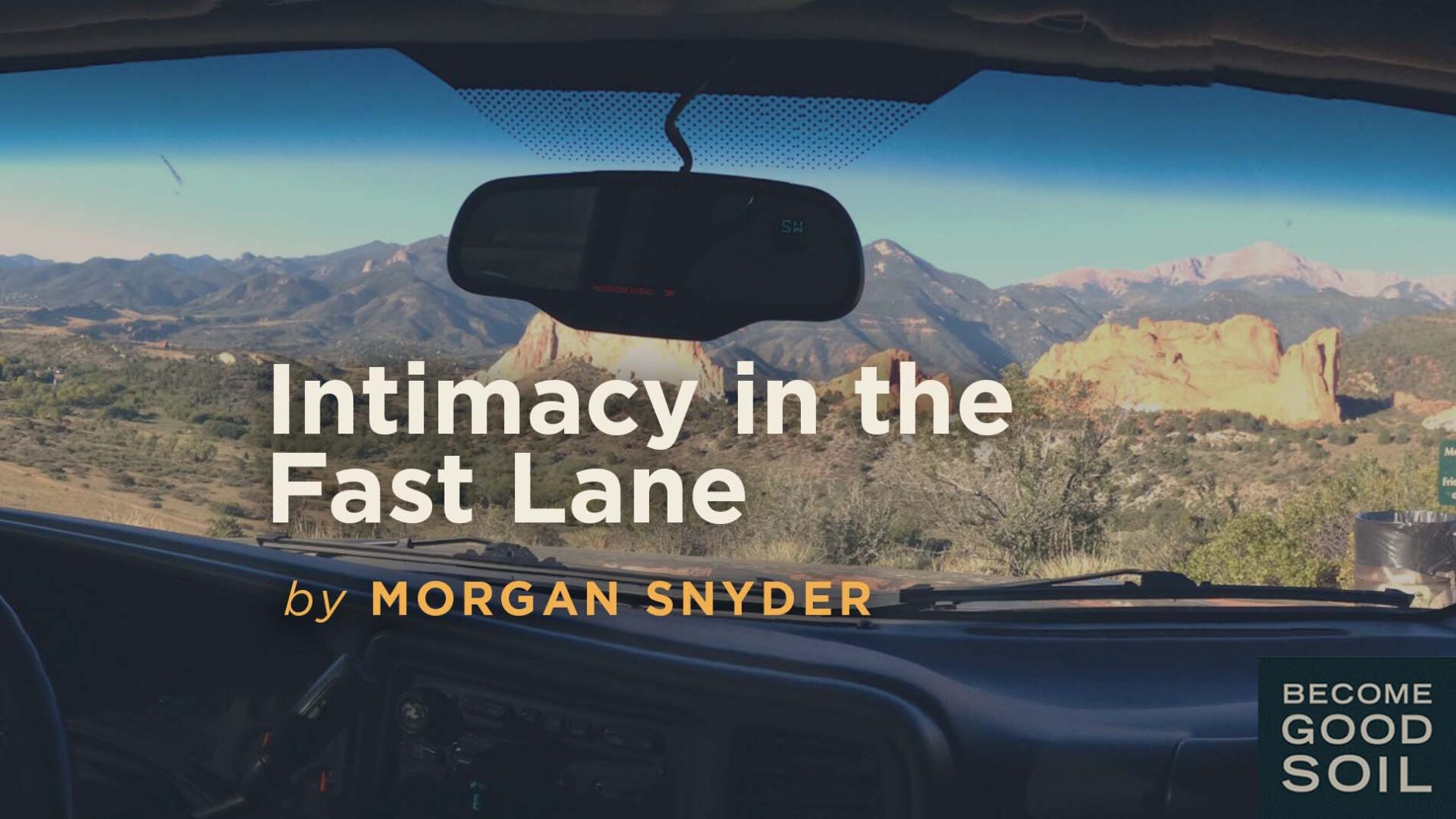 “Ask him if he ever makes a phone call while he’s making love with his wife.”

Yet again, God wasn’t willing to operate within the limits I had placed on Him.

I had an hour planned with a good friend and alumni of The Intensive to dive deeper into his story.  Of course, like most efforts to move toward life, there was opposition: after his flight was delayed, it became apparent that our time would boil down to only 25 minutes.

So in preparation I paused and turned my heart to God.  “Father, our time is short but I sense it is really important.  Where do you want to go?  What is it that would be most helpful for his heart and his masculine journey today?”

The great risk of really asking God a question and pausing until you receive an answer is that often times, you’ll get one.

So that was God’s response:

“Ask him if he ever makes a phone call while he’s making love with his wife.”

In the interest of confidentiality and preserving the hilarity, brutal honesty, and sheer delight in the conversation, I’ll have to hold back details of his response.  But let me offer the heart of what we discovered that God was after…

He was leading us on a treasure hunt, as He so often loves to do.  He took the indirect approach, going after desire, and led us on a soul journey to the gold He was after.

My friend moves as most of us do in a fast-paced, busy world of heavy demands, young kids and a big career…

And his car is one of the few places in his daily routine that holds the possibility of being preserved as an intimate space to be with and relate to God.

And like most of us, his car time had instead become a mobile office – one more place to value efficiency over most other things and check off the to-do list.

God was offering him an invitation.

He was offering my friend His own life. But He was saying He wasn’t interested in sharing that intimacy with other things, namely the intrusion of constant phone calls into that space.

“What if you put the phone down along with every other agenda,  and you set apart your car time as a sacred space for intimacy with God?  What if you received the invitation and refused to multitask or share that intimate space with anyone else?”

It was nearly impossible for my buddy to conceive of making a phone call while making love to his wife: that would be such a violation of the sacred space of their marriage bed. But this violation was what he allowed spiritually time and time again as he found ways to turn down the invitation to be with God and instead exchanged that rare quiet space for the less wild lover of efficiency and the stimulus of being “plugged-in.”

This shift came for me a while back when a mentor completely and lovingly disrupted my world by telling me he gave up the phone in the car; I didn’t have a category.  My reaction revealed how deeply I served efficiency over union with God and unearthed a core value in my heart that believed that more is more and efficiency is close to godliness – all agreements rooted in wounded places and lies that I have come to believe about myself and life.

That day I put the phone down.  And life has never been the same.

It’s not a legalistic rule: there are times when the Spirit leads me to break from the norm and make a call. There are times where I give way to temptation and pick up the phone reaching for something to fill me other than God. But the pulse of my time in my truck has become about God: about protecting, more fiercely with each passing month, this time set apart to simply be with God.  To reconnect with Him.  To receive the Father’s love, to find fellowship with Jesus and enjoy His brotherhood. To lean into, to ask and to sense the leading,  guidance and JOY of the Holy Spirit.

What have you done with you car time?  What have you given it over to? What is your motive behind that? Really.

Have you ever called anyone on the phone while making love to your wife? (If you answered yes to that question like one of my buddies, please keep that story to yourself or for your closest allies over whiskey and a campfire).

What if you gave that time back to God?

What if He is pursuing you and it brought tears to the eyes of your Father for Him to know that you would give Him that time and refuse to share it with anyone else?

To help you get there, here are some anointed songs that I’ve played literally over a hundred times in the past three months, as a pause to receive God, letting him fill me again.