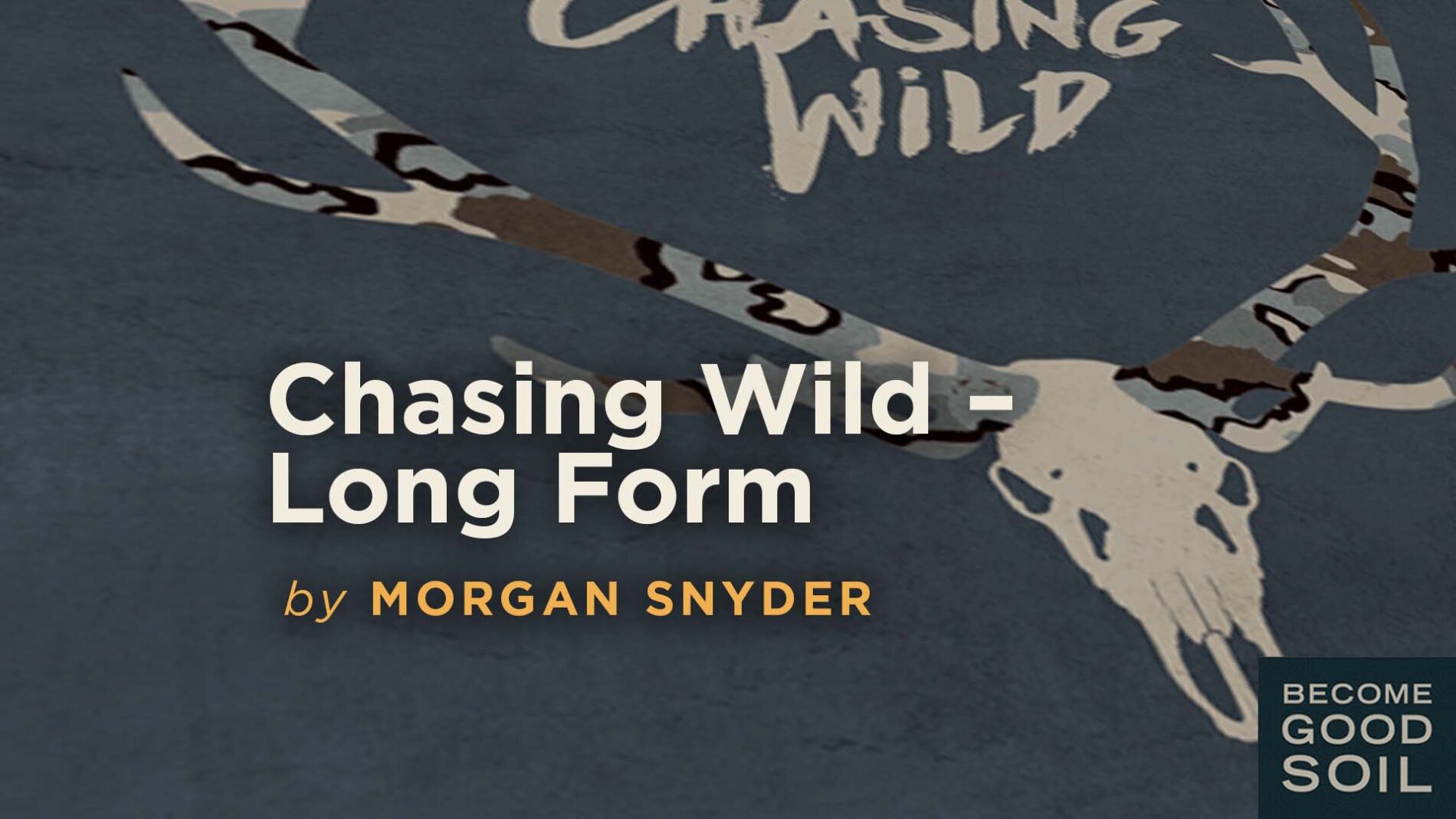 Since the inception of this blog over six years ago, my deep and sincere hope has been to strengthen the hearts and souls of men who are choosing the long, costly, and thrilling road of internal transformation to become the kind of kings to whom God can entrust His Kingdom.

I’ve experimented with form and content with a three-fold intent: first, to offer worthwhile ideas and stories as invitations to explore the deeper realities of God and His Kingdom; second, to give myself permission to explore where my strength is; and finally, to uncover through experimentation what is actually helpful to you, my like-hearted allies fighting courageously on various fronts of the battle.

I’ve been working on a piece titled Chasing Wild I think you will enjoy. I released Part I some time ago with the intent of making it available in a series of several blogs. However, several iterations later, it’s evident that it has become a long-form piece whose content doesn’t fit well in a blog. Rather than forcing the proverbial round peg into a square hole, I’ve chosen to release it as a single long-form piece.

Simply put, the content doesn’t fit on a digital device. If you feel led, I invite you to print off this PDF and tuck it away in your journal. When you choose some time away from the distractions of the plugged-in world to nourish your masculine soul, my hope is that Chasing Wild could be a means of God’s heart and His Kingdom strengthening you and beckoning you further down the narrow road.