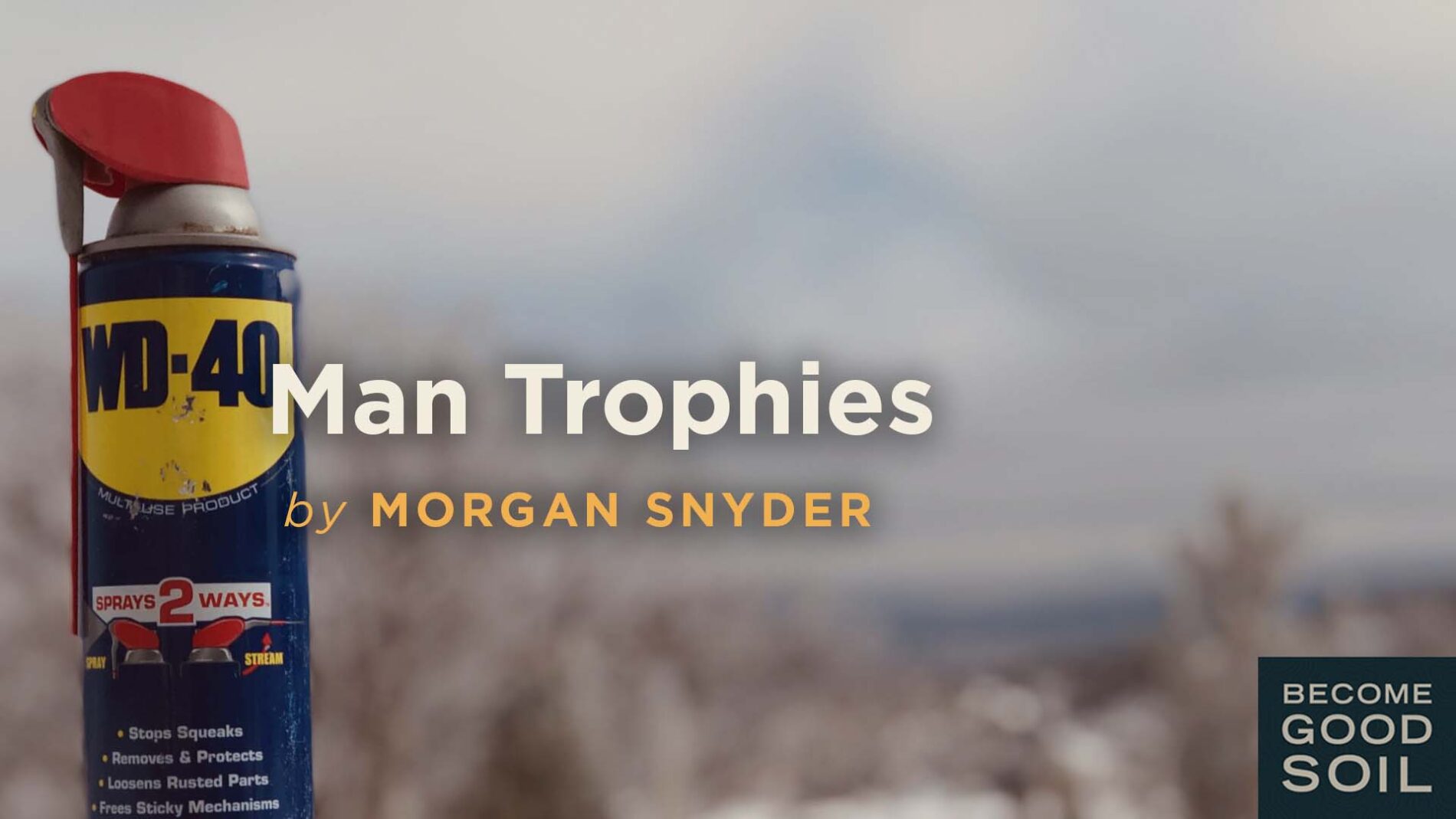 “When a father and son do spend long hours together, which some fathers and sons still do, we could say that a substance almost like food passes from the older body to the younger.”

I’m guessing we dads looked a bit suspicious walking into Chick-fil-A with a couple of aerosol cans of WD-40. But they say necessity is the mother of invention. And it was a necessity indeed. Thankfully we are regulars, a handful of fathers and sons who huddle together in a corner booth in the predawn hours.

A few days before, one of the young men had learned that the boyfriend of his teenage sister was cheating on her. Once the rumor of his betrayal spread like coronavirus through the school, the boyfriend added insult to injury: he refused to own up to his actions and avoided her altogether, allowing the rumor mill to do his work of confession and breaking up for him. His betrayal and subsequent avoidance brought not only heartbreak to the young woman, but also humiliation.

That’s when these young men stepped into action. Believing that this young woman deserved to be treated with forthrightness, they found the young man and called him out, face to face and heart to heart.

They did not threaten him or seek revenge. But they did confront him in harnessed strength, letting him know that what he had done was not okay. They offered him a mirror of accountability and an additional opportunity to reflect, experience remorse, learn from his mistake, and hopefully participate in his own necessary chapter of masculine initiation.

It was one of those stories that don’t capture headlines and, in the busyness of life, often go unnoticed. I confess how often with my gaze set on the extraordinary I fail to pause and celebrate the moments of Kingdom come in the ordinary days of our lives. I am learning that in Kingdom living, cultivating the practice of celebration is essential. It felt fitting that these young men in our community were deserving of a Man Trophy, and a 12-ounce can of WD-40 seemed like the perfect tribute.

There are many things in the masculine journey that are simple. But we cannot mistake simple for easy. It’s remarkable how many broken things can be repaired with duct tape, WD-40, or a pocket knife. Often what’s needed isn’t an elaborate tool but a wholehearted man willing to wield something simple to bring courage, strength, and care on behalf of others.

I wish you could’ve watched those young men walking out of breakfast having been bestowed another Man Trophy. Something changed in them. They were a little taller, a little more assured. They were nourished by a soul-food that can only be passed man to man through life on life in the dailies.

In a moment these young men will become kings. They are being entrusted with ever-increasing power. God willing, the small victories will turn into big ones. I find it vital that we pause to celebrate and bless the portion that is. So often we put our energy in elaborate ceremonies that end being more about us older men than they are about the young man we intend to honor. Or instead we miss the moment to celebrate victory in the dailies, and though inwardly we celebrate, outwardly we fail to make known with our words, body language and actions the delight within our heart for another. Often it’s the celebration of the smallest moments of initiation that matters most.

What needs to be celebrated in the heart of a young man or the young man within a man in your world? It doesn’t take much. Maybe a little bit of WD-40, a roll of duct tape, and a whole lot of love. It starts with us.