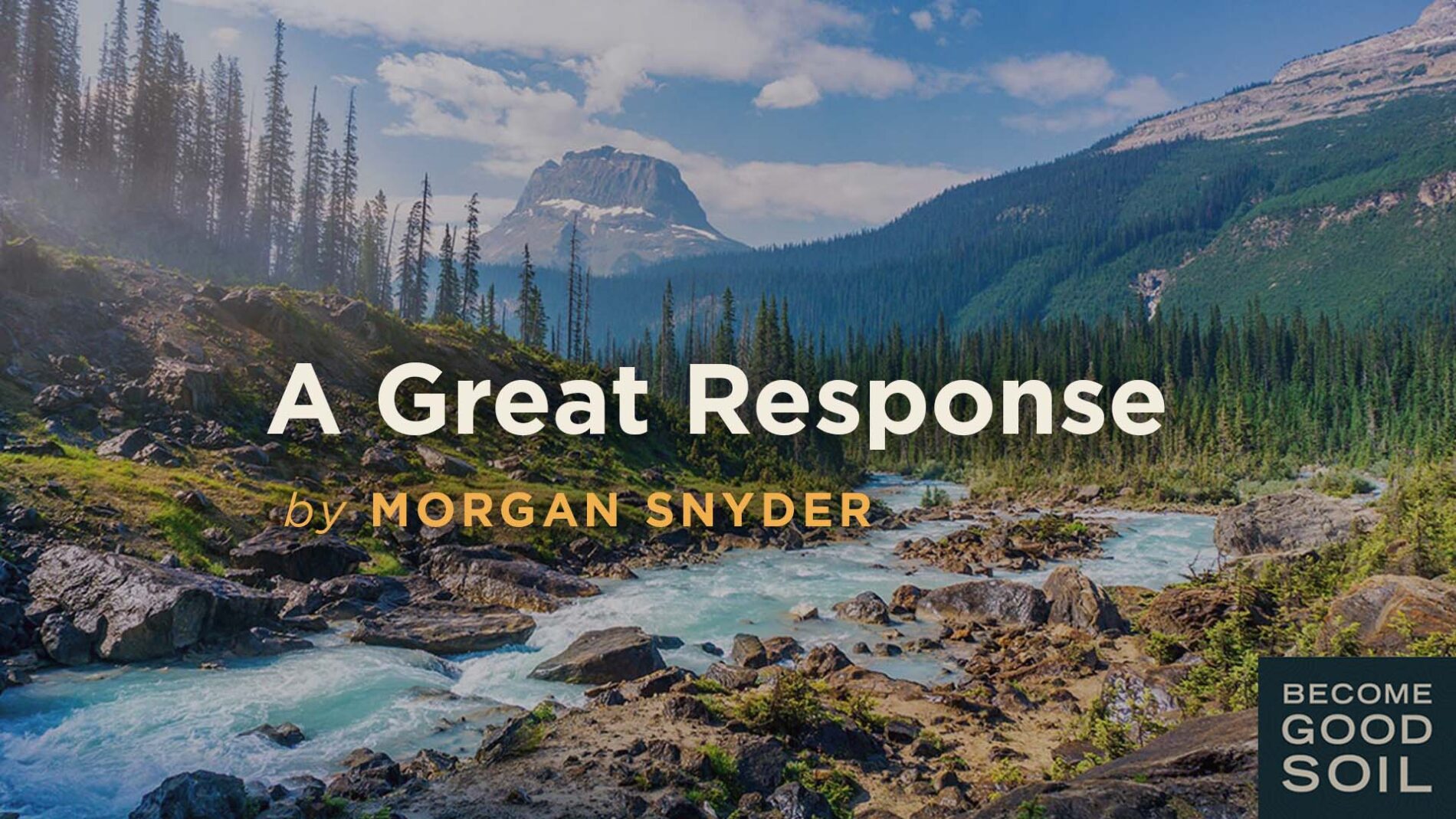 I received a great email from Aaron Johnson, one of the attendees of the inaugural thirties retreat and fellow sojourner.  He said that he walked away from the retreat with a list of about 25 topics to journal about, and walk with God, in time.  The first topic he journaled on was this question, “What is Satan’s plan for your life?”  Here was his journal entry, used with permission:

What is Satan’s plan for your life? – Urgency

In The Screwtape Letters, Lewis describes the demonic plan set against us as way more sophisticated, yet way more mundane than we tend to think. We would craft some huge suffering or overwhelming temptation, but the enemy is infinitely patient to shape our “little” attitudes, habits, and ideas – things that seemingly have no impact on anyone but us. Reflecting on the evidence that men, to use a phrase from the writer of Hebrews, “drift away” in their thirties and blow up in their forties, I begin to wonder if there must be some paradigm that we all buy into. There is. It’s so well-crafted that we don’t notice it, we don’t see it as something to buy into, or accept. We just kinda slide into it. Few catch a glimpse of it – fewer get out.

For me, the first way I sense it is in my mind. It feels like urgency.  As one guy explained it, “I feel like I’m always behind, always playing catch-up.” Because we don’t think about this sense of urgency much, most of the time we don’t even know what we are late for.  And the enemy is happy, so happy, if we are, not only driven by something, but driven by something and we have no idea what the hell it is. Ten years of that will be enough to take out even the most qualified among us.

What’s the message behind this urgency? You’ll probably have to put it into your own words, but for me it’s, “You thought you’d have accomplished _______ and _______ by now, but you’re no further than when you were twenty-five.” And everything I put in those blanks, they’re good things: freedom of time and money to be able to visit our families, to fix up my mother-in-law’s house and get her a reliable car, to finish writing one of my books, to push one of these entrepreneurial ideas into a place where the rest of this list is taken care of, and to not be so tired all the time.”

Urgency presents only 2 options to me: work harder or just give up. I don’t give up, so I push my body to it’s limits. Short on sleep and walking around with a cough that I picked up three months ago, I stare at myself in the mirror and realize that instead of “getting ahead” that I’m just getting weaker. The idea of slipping further behind kicks in, and urgency turns the pressure dial up another twenty degrees, in the hope that the seams will burst on my heart.

This is the kind of run-around you’ll get living by this paradigm. You’ll cycle around it until you wear out, or give up. You’re going to have to jump ship if you want to make it, leap from the box-car and make a wreck of yourself flying down that embankment – in short, you’re going to have to repent. The only solution is to search out and embrace a completely different pattern of life during this decade and to begin by replacing the urgency with the alternative that Jesus has been offering all this time.

Let’s roll this back. All these things I want are good. Most of them, I even believe that God has spoken to me about, a few of them I believe He has called me to. Morgan Snyder put it this way: (my paraphrase) “God gives us desires and we assume that they have to be fulfilled now. But during this decade, they probably are not going to appear. Instead they serve as fuel to keep us going.” Now, at first, this sounded a lot like God playing me with a bait and switch. Then I remembered that God has often planted deep and powerful desires in me which have come to fulfillment in very different ways than I ever would have expected, usually in better ways than I could have imagined. But my tendency is to immediately turn that desire into a vision and work my ass off to make it a reality. So, I want to take care of my wife’s mom. In my mind that equals a car, new siding, and a lot of time in New Jersey. I haven’t taken even a 20 minute walk with Jesus to discuss that desire. But that’s it isn’t it? That’s the place to start. That’s the place where the urgency begins to break.

Surely, these desires that the Father plants in our hearts are fuel , but they are not merely fuel, something to get us through the the decade of young kids, mundane work, and the stomach flu. They hold substantial promise, and clue us into the kingdom that the Father will eventually give us. “By faith, Abraham obeyed when he was called to go out to the place which he would afterward receive as an inheritance. And he went out, not knowing where he was going.” (Heb. 11:8)  That whole chapter of Hebrew’s 11 is a good place to hang out. It lets us know that these things take time, and sometimes (maybe often) the promises are outside our earthly time frame because they contain that much glory, or simply because our lives are caught up into something bigger, the Kingdom of God. Giving up isn’t an option here because these men “die in faith.”(v.13) So, “God is not ashamed to be called their God, for He has prepared a city for them.” (v.16).

So we don’t throw ourselves headlong and we don’t give up. Instead we dialogue with our Father about our desires and we “confess” and “embrace” them. That’s just a first step in making the shift, but it’s an important first step.