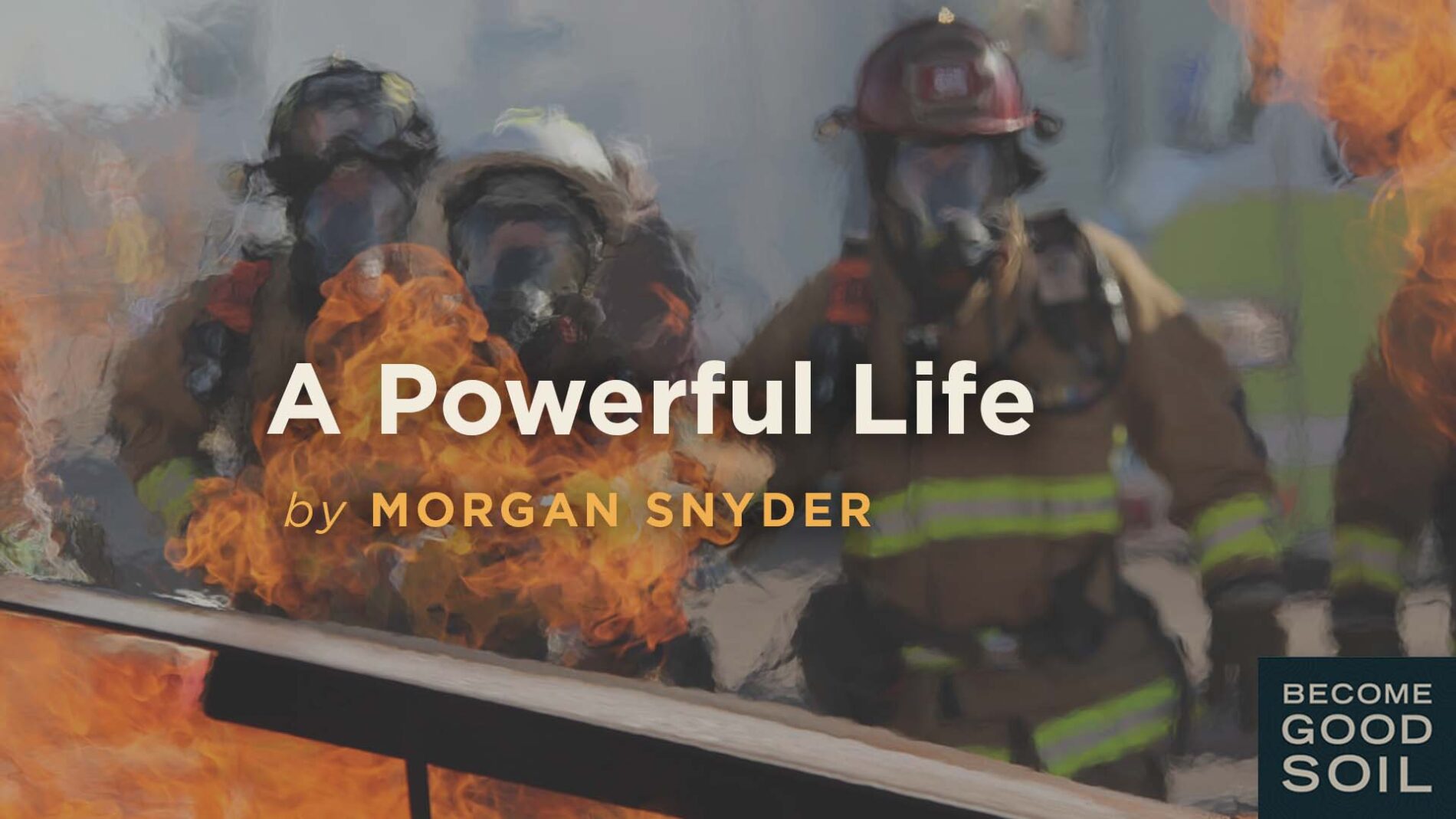 “So what would you like to be for Halloween this year?”  I offered the question casually as we sat around the dinner table.  My four year old son, with a gleam in his eye responded, “I want to be a Hazmat Fire Rescue Fighter!”

Perfect. I had no idea what it was but I was in!  The next few days we spent time dreaming up a Hazmat Fire Rescue Fighter costume and collecting an assortment of dangerous, powerful objects.  Eventually we tricked out Joshua’s full body climbing harness with all of the lights from my road bike.  We cut mom’s garden hose, created an air tank out of a 2 liter coke bottle, added tubes, masks, goggles and an assortment of decals… Joshua was ready… a father’s dream.

Every man longs to be powerful.  Just look at little boys and see where they go with some free time or some treasures they can dig up in the garage.  Weapons and battle seem to be the “MO” for boys when really let go.

It is amazing to pause and see how deeply this is written in the human story.  Immediately after God creates man in His image, “male and female He created them” so the ancient text goes, he gives them their first command, “Rule.” (Genesis 3).  The very first words uttered from God to Adam were to rule – Fierce Master – it says in the Greek.  To “subdue”…. To bring the person, the character, the personality of God to all of creation.

Dallas Willard once suggested that the primary mission of God is to find men in whom He can entrust His power. And the story of most men is being entrusted with power and it bringing harm to themselves and those under their care.

What about you?  Do you long to be powerful?  To walk in a sense of fierce mastery?  To walk in strength and courage?

Look at the men of power in your world.  In your government, your church, the businesses in your world, the men leading the schools and families around you.  Do they represent to you all that God meant, when He meant man – to walk in power – on behalf of love?

What have you done with the desire to be powerful?  Who are the men in your world you can point to that walk in power on behalf of others in the service of a greater good?