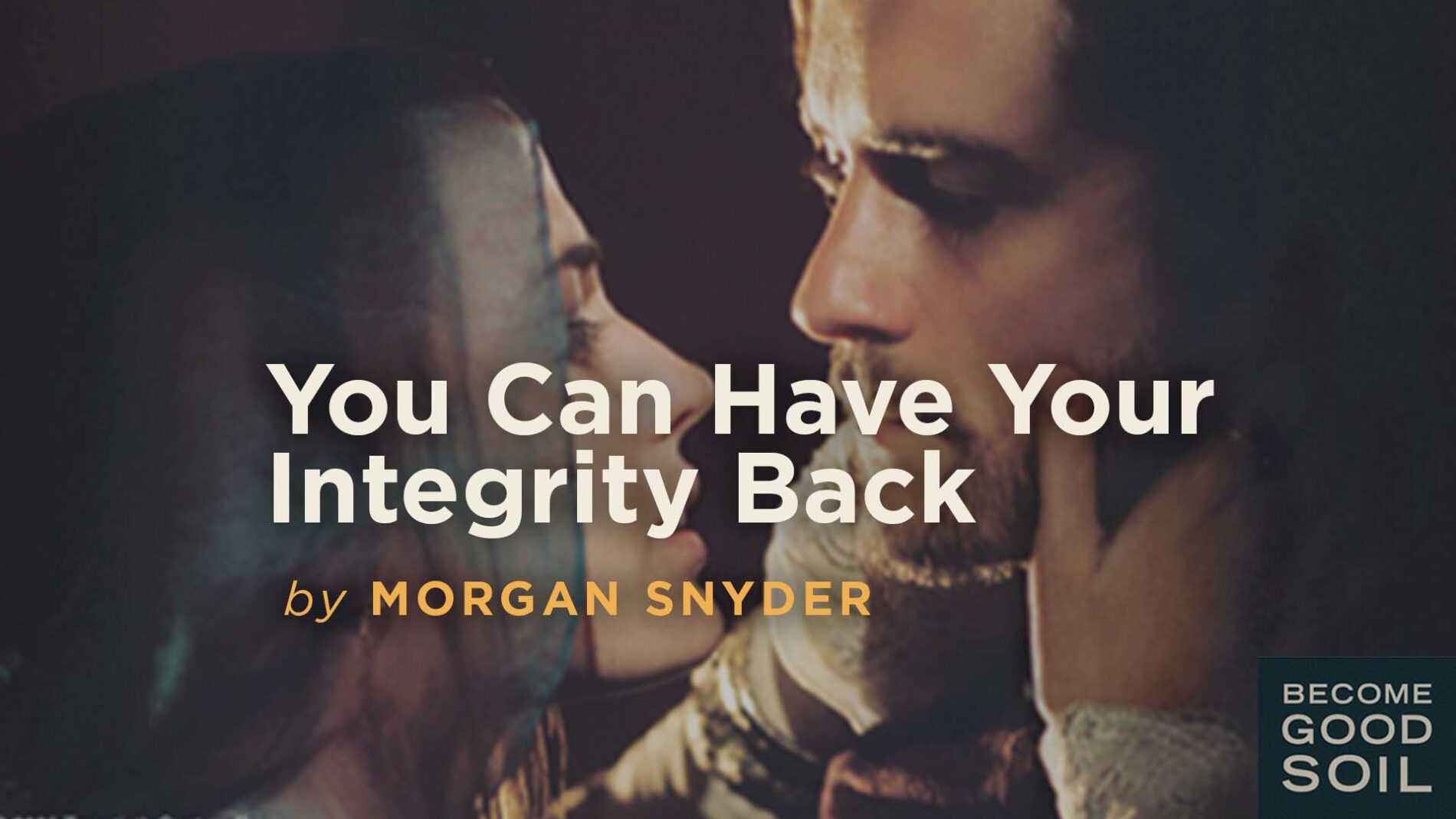 Every man has compromised.  Adam started by choosing Eve over God in the garden and we all have followed suit in one way or another.

One of the profound mysteries of the Gospel of Jesus is that He has offered nothing short of the restoration of our integrity.  I was blown away the first time the Father opened my eyes to this during John’s teaching at a Wild at Heart Boot Camp at Frontier Ranch.  He used the movie Kingdom of Heaven and the story of Balian’s restoration to illustrate this possibility. The movie begins with Balian living out the realities of being fatherless, alone and seemingly abandoned.  Through a strange and redemptive paradox, the Father comes in the form of his earthly father and invites Balian on a journey.

At this time in history Jerusalem was under the tyranny of a cruel and evil king, who was married to Sybilla.  In the course of Balian’s journey, he compromises his integrity in an adulterous affair with the king’s wife.  Later, Balian is offered the chance to become the king of Jerusalem.  All he had to do was take Sybilla as his wife and the evil king would be secretly murdered.  Balian had already fallen to adultery with Sybilla once, in some ways it made sense.  After all, the reigning king was evil and Jerusalem would be better off, right?  But, Balian refuses the advances of Sybilla this time around.  Refuses to “trade a little evil for a greater good” exclaiming,

“it is a kingdom of conscience, or nothing.”

The movie’s crux is built around the deep question –

is it worth trading a little evil for a greater good?

It’s a brilliant and central question to the masculine journey for each of us.

Where are you with that question?  Take an honest inventory this week.

The thirties is the decade to make wrongs right;  To own your story and to take responsibility in the places where you have compromised.  There is more on the line than meets the eye.  The Kingdom of God depends on it.  Depends on you.

Some of the most profound and redemptive moments for me in this decade have been owning my past compromises of integrity.  Sitting over coffee with a former girlfriend from back in my college years and owning my responsibility for the sexual intimacy that should have not taken place out of the context of marriage.  Contacting a former employer and owning my lack of humility in a messy situation in the work place.

Where have you compromised and where do you need to come clean?

In the Kingdom of God we are only as strong as our secrets.