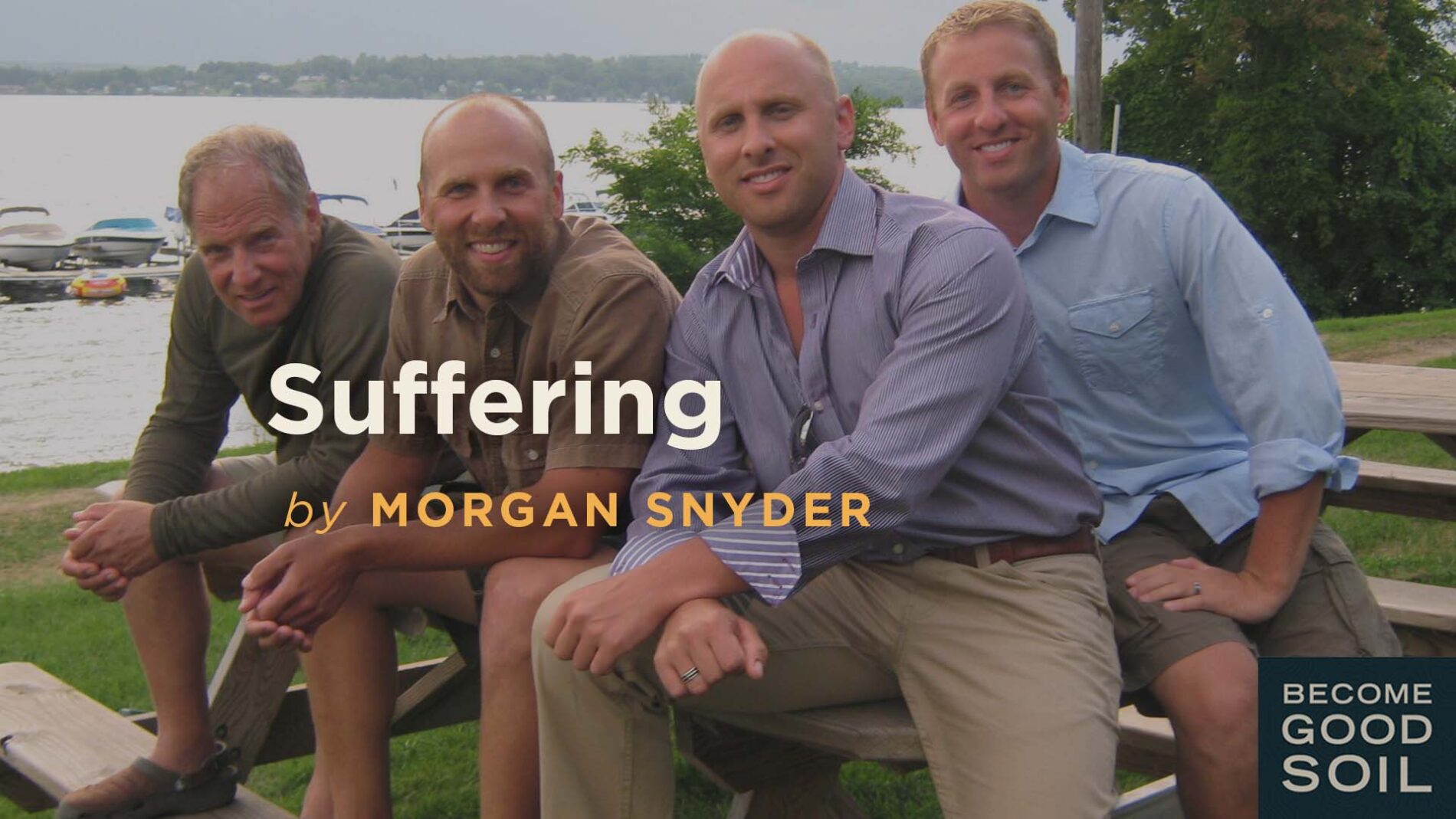 I met John three months after his best friend Brent Curtis (co-author of his first book, The Sacred Romance) had died. It was a tragic and unexpected death—Brent fell 80 feet in a climbing accident during their inaugural Wild at Heart event. (You can read more on that in John’s stunning book The Journey of Desire, which was written in the thin place after Brent’s death.)

He needed to choose God or understanding, but he couldn’t have both.

John chose God. From that choice came Wild at Heart and a revolution of men and women all around the globe being transformed, alive, and set free.

As a close friend, I empathized with John and yet, honestly, there was something about the story I couldn’t really “know” personally. I had never suffered.

That was 13 years ago. Life is different now.

I suffered through my wife’s severe illness. Fourth of July marked three years from the anniversary of the beginning of her restoration. I’ll never forget checking her into a hospital…five miles away from the church where we had our first kiss on our wedding day… three miles from the hotel where we made love for the first time. And suddenly, our life was seemingly unraveling. We were on the brink of tragedy; overnight, all we held dear to our hearts had become sand running between our fingers.

I am suffering now through my youngest brother’s battle with brain cancer. It was a diagnosis out of nowhere. No warning. He’s in the prime of his life at 29. He just celebrated his first wedding anniversary with a remarkable woman. One day he felt numbness, had a seizure, and was rushed into emergency surgery to remove a major brain tumor. I spent the days after the surgery by his side in the Neuro ICU, pleading with God to save his life. He made it through the surgery intact, but with a diagnoses of advanced and aggressive brain cancer. Radiation, chemotherapy, and clinical treatments begin next week. God willing, we’re going to beat this thing. (You can read more about Lance’s story at IWouldRatherBeFlyfishing.com.)

Suffering is brutal. Suffering is lonely. Suffering is the most sacred space of the human experience. If you have suffered, you know what I’m talking about. As I risk putting words to suffering, something in me feels more appropriate by just taking my shoes off and falling on my face. This is holy ground.

The 30s is the decade where suffering is introduced into most men’s stories in some form or another. Or more accurately, the 30s is the decade of the masculine journey by which we are ready to walk through suffering redemptively, allowing it to transform us rather than destroy us. St. Augustine once said, “The difference is not in what people suffer, but in the way they suffer. In the same fire, gold glows and straw smokes.”

A friend reminded me this morning of a quote from the great explorer and survivor Ernest Shackleton, as he spoke of the great suffering they encountered in their near fatal South Pole expedition:

“We had pierced the veneer of outside things. We had suffered, starved and triumphed, groveled down yet grasped at glory, grown bigger in the bigness of the whole. We had seen God in his splendor, heard the text that nature renders. We had reached the naked soul of man.”

Suffering is inevitable. It is part of the human experience that finds each of us as we live east of Eden.

The choice is simple.

It is a very healthy assumption that you cannot always have both. Let this decade be a decade where you become clear and committed about which you are choosing.

For more on this story, you can find some nourishment in these blogs:

And We Will See You Again

Footnote: My ship was taking on water. Thank God I’ve fought for friendship over the years and now have a few close brothers who can intuit when I’m going down. My buddy Aaron rescued me this morning. Forced me to get outside to enjoy a sunrise together. Some stolen time among the Rocky Mountains before we had to go about our day. He brewed up some of our infamous “Shackleton Tea” over a camp stove in the back of his truck, a ritual we use to conclude our outdoor adventures. He let me vent and cry and question. He prayed for me when I couldn’t pray for myself and reminded me I’m not alone. Suffering doesn’t makes sense, but it’s holy ground when we don’t do it alone. Aaron, there is indeed a strange wealth found when suffering strips us naked. Our friendship has made me a wealthy man. Cheers to you, a man, a friend living this decade of the 30s in a way that causes me to both take my shoes off and also jump and shout and cheer you on with every last breath in me…