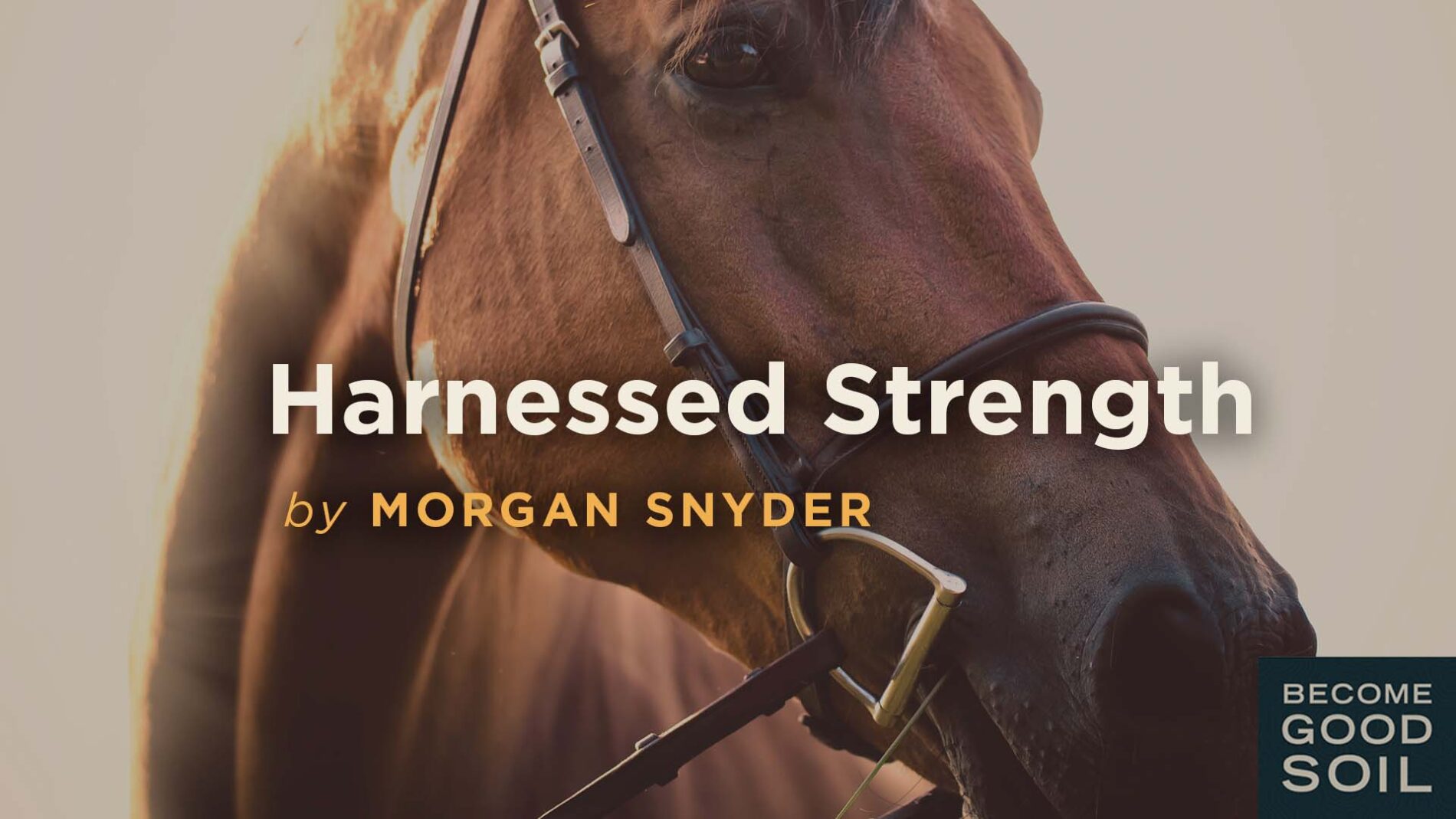 A good friend was speaking on humility and it forever changed my worldview.  She described humility, as defined in the original Hebrew text, as “harnessed strength.”  True humility is far from passive or acquiescence.

Originally, humility was used to describe a wild stallion that had to be broken, brought under rein.  Its fierceness, strength and passion are still there, but now it’s used for good.  It has been yielded.

Earlier this year a mentor of mine pointed out something truly amazing.  The word “astounded” is only used by Jesus once in the Bible.  The lone reference is his astonishment at the Centurion soldier.  When I heard that it stopped me in my tracks.  I thought to myself, “What is it about the heart of man that could have astonished Jesus?”

Then it hit me.  All of the greatest stories of heroes are men that were not operating autonomously.  Rather they were men operating for a greater good, and under the authority of a leader, a kingdom.   I think of Maximus in The Gladiator – the scene in the movie when he declares his true identity: “…my name is Maximus Decimus Meridius, Commander of the Armies of the North, General of the Felix Legions, loyal servant to the true emperor, Marcus Aurelius…” As you watch the trailer of this film, it takes on an entirely deeper significance to understand Maximus as a yielded man, a man of harnessed strength.

The decade of the thirties is a decade of relentless humility or humiliation. The choice is often left to us.

Harnessed strength.  Yielding our soul, our passion, our dreams, to a higher authority, to a good and kind King.

If you are truly thirsty for growth and fathering in this area, I invite to you set aside some time to watch the film, The Horse Whisperer.  Robert Redford plays a Holy Spirit type figure that comes to heal and restore strength to a horse.  This remarkable and strong horse was in a tragic accident and has suffered under great trauma.  In order for the horses strength to be restored, he must first be broken, humbled.  What looks like cruelty is actually love in its most fierce form.  As you watch this film imagine yourself as the horse, and imagine the horse whisperer as the loving fierce and relentless heart of God…