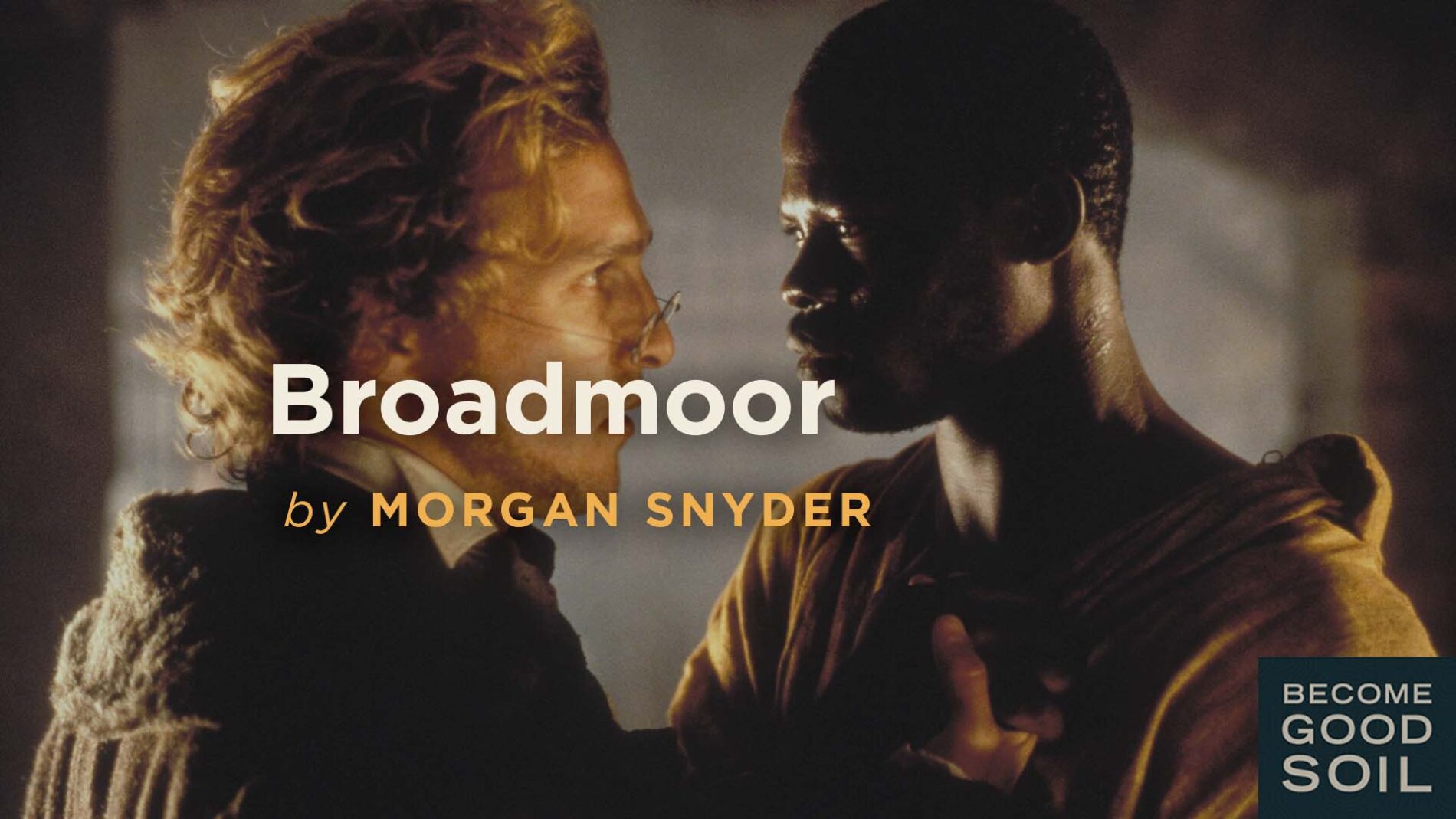 I used to be a golfer. It was another lifetime ago. It was a context where my heart was first opened to beauty- walking alone on late summer evenings during rounds on the local public course.

Now my golf consists of borrowed clubs and a round of best ball with a few buddies once a year or so. Heck, I don’t even own a golf shirt anymore!

So I was invited to play the Broadmoor, a world championship course, designed by Arnold Palmer and Robert Trent Jones. I was intimidated to say the least, as I’d be playing with three genuine golfers, two of whom I don’t know at all, and one who’s a new friend. I show up, borrowed clubs and the closest thing I can find to a set of shorts and a golf shirt (I think I was the only joker on the hole with buttons down the front of my shirt). I arrive at the first tee to find out that we are playing with caddies! Now I had spent years in high school caddying but I’d never been on the receiving end of that. Four beautiful Jamaican men walk over to us in meticulously cleaned white jump suits. It was like a scene out of a movie. It was like showing up to watch the US Open, and someone turns to you on the first tee and hands YOU a driver… it was completely intimidating.

And it almost got the best of me.

But I was rescued by eventually tuning into what God was up to.

The first tee, I can only describe as grace. The Father’s provision. Of our foursome, I was the only guy in the fairway. It was a stunning drive (and would turn out to be my only one of the day!). Did I mention the other three men were actually golfers?!

Second hole, the caddies are out 275 yards on the fairway’s edge! Are you kidding me?! If I hit a drive 275, I’d be jumping up and down. So here I am standing with a borrowed driver… did I mention we were playing from the pro tees? (sheesh)…

I hit a worm burner… like claws, the rough grabs all the power out of my ball and it lands gracefully next to the ladies’ tees. The other three guys are waving until finally the caddies realize I showed my true card. You can only imagine what the conversation was among them before Peter, my Jamaican brother, comes running back towards us to provide me with a rescue club.

And so the round unfolds, with me whacking away shot after shot. After about three holes each shot Peter would look at me with those intensely white eyes and teeth set in this beautiful black face (you have to picture Djimon Hounsou from the film Amistad) and say,

After that he would proceed to tell me how to play the shot.

If it was a putt:

“Watch Me. Inside. Left Edge. Against grass. Up hill.”

If it was a chip:

At first I ignored half of what he said. He pulled out what I thought to be the wrong club. “There’s no way I can get a six iron to that green.” He’d call a left to right break a foot and I swore it broke the other way.

And whether I listened to him or not, after the shot I realized he was right.

And I realized something else.

He actually cared about me. The best me.

He spent several holes learning me, focusing on me, watching me.

And then he offered the coaching, the guidance-one shot at a time- to simply bring to reality the best me that was available for that shot.

So about 12 holes into it, I finally got what God was up to. Peter was the incarnation of the Holy Spirit. Intensity that almost made you want to look away, and joy and personality that was magnetic. John 3:8, “The wind blows wherever it pleases. You hear its sound, but you cannot tell where it comes from or where it is going. So it is with everyone born of the Spirit.” He was directing me with some invisible way. He was present to me and to one shot at a time. Offering me leadership. Offering me a path to life, the best life and the best me.

At one point we were on the back tees of a par three that I swear played as a par 4. I’m thinking, “Shit, there is no way I can get over that ravine and get to the green.” So without looking at Peter’s face I reach for my driver. Then I’m moved (mostly in shame) to look up at him and he laughs and shakes his head. So I say, “Fine, what should I hit?” And he pulls out a 5 wood. A club I hadn’t played the entire round (shoot, it’s a borrowed club I’ve never even hit before). I knocked it three yards short of the green.

After that, I started listening and making shots. And I can only describe it as supernatural. I intentionally stopped looking at the clubs he selected for me. I began to trust. And I started golfing.

At another point I hit a terrible chunker. I looked at Peter and said, “Have you ever caddied for a golfer as bad as me?” He looked at me with an intense smile and replied,

“No bad golfers. Bad golfers don’t golf. You are golfing.”

It was as though the words of a mentor from the week before came through this Holy Spirit of a man and said, “Son, you are on the path. That’s what matters.”

That was a long prologue to get to this point:

The Thirties is a decade of excavation. It is also a decade of establishing a bedrock foundation of intimate and personal relationship with Jesus, with the Father, and with the Holy Spirit.

I spent years cultivating a relationship with Jesus. But the Father was a totally absent category. I have now spent about five years living in the reality of the Father. And in just the past year I have begun to cultivate an intimate relationship with the Holy Spirit. I’ve been asking for more of it. To know God, to relate to him, to live in his abundance and his Kingdom, through the Holy Spirit.

All three are available. And all three are essential to being, as Dallas Willard eloquently communicates, “an apprentice in Kingdom Living.”

As Jesus’ disciple, I am his apprentice in Kingdom Living.

…I am learning from him how to lead my life in the Kingdom of Heaven as he would lead my life if he were I. It is my faith in him that led me to become a disciple. My confidence in him simply means that I believe he is right about everything; that all that he is and says shows what life is at it best, what it was intended by God to be. ‘In Him was life and the life was the light of men.’ (John 1:4)”

Being his apprentice is, therefore, not a matter of special ‘religious’ activity, but an orientation and a quality of my entire existence. There must be nothing held of greater value than Jesus and His Kingdom. He must be clearly seen as the most important thing in human life, and being his apprentice as the greatest opportunity any human being ever has.” Dallas Willard, A Long Obedience

Where is your personal relationship with Jesus? With the Father? With the Holy Spirit?

The Holy Spirit is after seeking out “the best you.” In all his intensity and all his joy. Let him do it, one shot at a time. Let him do it today.

*Footnote: I thought that the Broadmoor must have some caddie program that recruits all their caddies from Jamaica. Later I found out they have only four. The Holy Spirit set me up for an ambush!